Advice for parents to stop teenagers from smoking

How to stop teenagers from smoking? Advice for parents

Many parents want to know how to stop their teenage children from smoking.

All parents tell their kids not to smoke. But not all teenagers take the advice. Teenagers want to be rebels and sadly cigarettes still come with a rebel image.

Studies in the USA show that nearly 9 out of 10 regular smokers had already tried smoking before they were 18 years old, so it's very important for parents of teenagers to nip this in the bud.

Many parents think it is enough just to constantly tell their teenage children that smoking is bad and they should not do it.

Another popular idea is to to promise their teenage children that they will get a big payoff, like a car, a vacation or a driving license, if they don’t start to smoke.

These methods sound good, but often they don't work. We, the authors of the book "Stepbac® from Smoking", were promised a driving licence if we stayed away from smoking. We both ended up paying for our own driving licenses.

The problem is basically yhat neither parents nor teens know enough about nicotine and how addictive it is.


How to make sure your children won’t smoke.

Educate yourself and your family about smoking. Smoking is such a big and lifelong waste of time, energy, money and health that it's worth making a little effort as a parent to keep your children away from smoking.

We think the best way is to educate the entire family about smoking. Make it a family project to understand cigarettes and how they work.

Start my educating yourself first as a parent. You think you know about cigarettes? Think again! You probably don't know much.

Read our book "Stepbac® from Smoking" which is an easy read. It will teach you about smoking, nicotine, habits and cravings and then you will have a much better understanding of smoking and be able to explain how smoking can trick your kids.

Make it a family book club project to read the book and discuss it so that both parents and children understand fully how cigarettes and nicotine can fool anyone into become a smoker for years and years.

Instead of promising kids an expensive driving licence, or a car or some other expensive gift if they never start smoking, why not promise them a reward, if they join the "family book club" and read the book instead.

Even if you as a parent don't smoke and even if your kids don't smoke, it could be an eye-opener for you all to know the truth about smoking and how it can sneak its way into your children's lives at any time - not just as teenagers - but as young adults and even later in life.

What's in the book?

The book “Stepbac® from Smoking” tells you all about the 4 things that make people want to smoke and then one thing to help people stop smoking. If no-one in the family smokes then of course you won’t need the last part.

the information about nicotine, habits, cravings and tobacco company marketing will be a big help for parents and children to understand that smoking is not just something you choose to try and then easily “unchoose” again. Smoking is very addictive and choosing to try even one or two cigarettes can affect your children's health for many years.

When we published our book “Stepbac® from Smoking”, Carl's daugher, (Carl is one of the authors) had a teenage daughter who was 17 years old at the time. This is exactly around the age when many kids feel a bit rebellious and are very tempted by hard hitting marketing or dubious friends to experiment with "adult" things like smoking and drinking.

Carl's daughter read the book, even though she had never smoked. After reading it, she felt that she had made a great decision not to smoke and felt completely prepared to take a “Stepbac® from Smoking” if and when any of her friends offered her a cigarette or tried to convince her that smoking was cool and that she could just try it.

After reading the book she knews that the cigarettes and nicotine would trick her into a nicotine addiction. She knew how to resist the temptation of trying smoking even just once.

Also she loved that the book, written by her dad and uncle, was so easy to understand and fun to read.

Like we said, instead of promising kids an expensive driving licence, or a car or some other expensive gift if they never start smoking, promise they something if they read the book instead.

Make them understand that the true gift and reward will be a long and fulfilling life of health and happiness, if they make the effort to read the book and agree to discuss the book as a family project to see if everyone has understood the significance and the amazing benefits of not starting to smoke.

We sincerely believe, that teenagers read the book then they would be able to understand that smoking is not cool and understand what a negative impact it can have on their health. There is nothing scary in the book.

We don't use scare tactics or photos of sick people, but we just explain how the drug nicotine in cigarettes will try and fool your brain into smoking.

So if Carl’s teenager daughter found the book easy to read, fun and easy to understand so why not give it a try for your teenagers.

Let us know how it goes.

If you smoke yourselves as parents, we hope you will read the book “Stepbac® from Smoking” and quit yourselves.

It’s almost impossible to tell your kids not to do something that you already do yourselves.

Please click on the link below to view the book in the Amazon Bookstore. 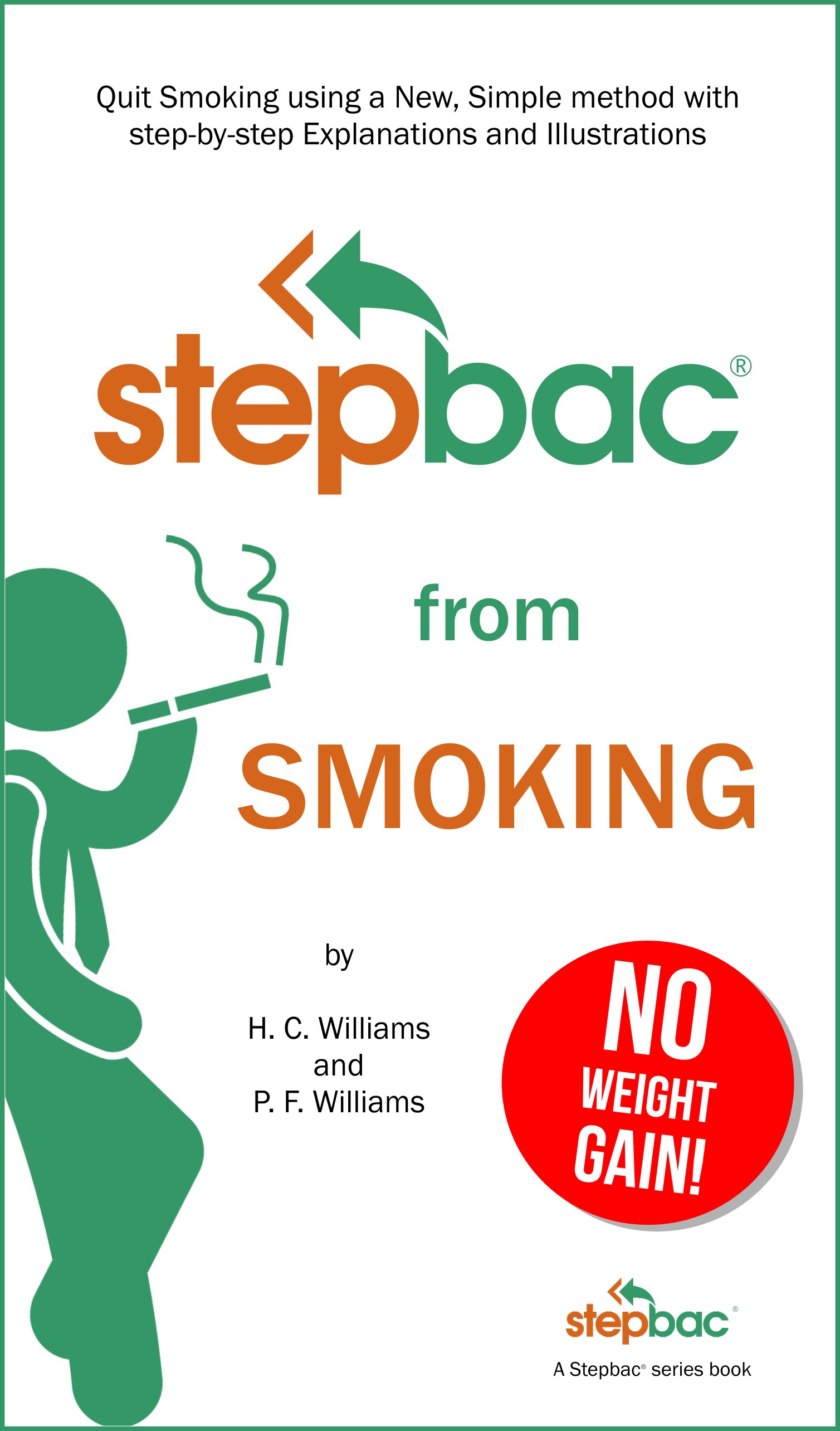